The Phantom® v642 is the third generation broadcast camera. It retains the unique ability to both record and playback ultra-slow motion footage simultaneously, while adding the capability to accurately color match regular speed broadcast cameras.The internal high-speed dynamic RAM can be segmented into different partitions. You can record ultra high-speed events recorded into one memory segment while simultaneously playback a previously recorded event directly from the camera.

This feature gives the v642 flexibility to support environments with and without playback server support. The v642 can be connected to a controller in the studio or OB truck, which can access the camera’s memory for playback while the camera operator is framing and recording the live action.

The v642 is supported by a 4 megapixel 2K sensor that can record full-resolution frame rates of 1450 frames-per-second and be leveraged to support pan and zoom applications. Typical broadcast resolutions are supported, in addition to 1080p at 2560 frames-per second. 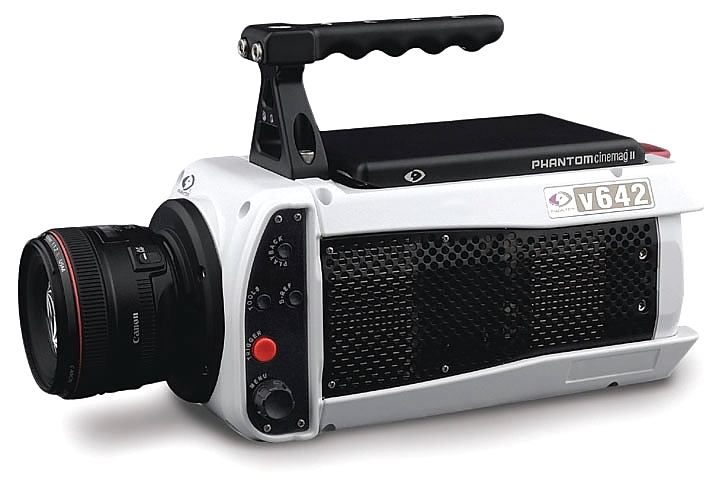